When the boot partition C: drive run out of splace, the Server computer will be fighting for the precious space and will run slowly. To start over is a solution but no one would like to waste their happy weekend to do it. The most time-saving and easy way is to extend the system partition on this Server 2008.

In fact, Windows provides the built-in partitioning tool in Disk Management, you can find this utility by right clicking “My Computer” > “Manage” > “Storage” > “Disk Management”. When you right click a partition, you’ll find the “Shrink” and “Extend” feature. After you shrink a partition, some unallocated space would be created on the right of this partition. Meanwhile, if you want to extend a partition, there must be unallocated space behind this partition. This is extremely inconvenient, so you have to delete the second partition if you want to extend boot partition. Is there a professional partition magic server 2008 software that can help you extend Server 2008 partition more easily? Yes, this article will introduce the widely used Server partition software.

For detailed operations about this, please refer how to shrink and extend Server 2008 under Disk Management.

Before your operation, I strongly recommend you to back up everything before resizing partitions on Windows Server 2008. Because nothing is 100% securing. Otherwise you will meet the possibility of losing your data due to unexpected shutdown or other unknown reasons.

Below is the step-by-step introduction of extend Server 2008 boot partition:

How to resize Server boot partition? 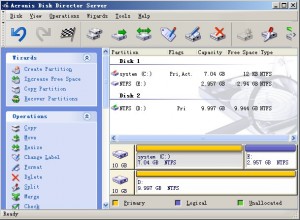 2. Right click the data partition that behind the system partition, and then choose Resize. 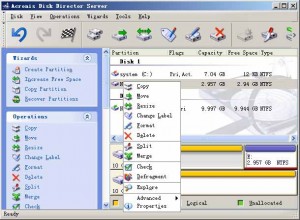 3. In the pop up window, drag the partition rightwards, after that, this partition will be shrinked. 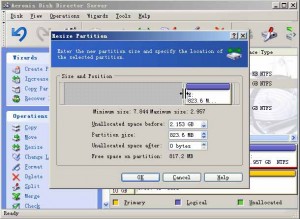 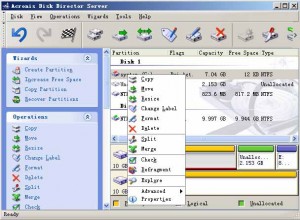 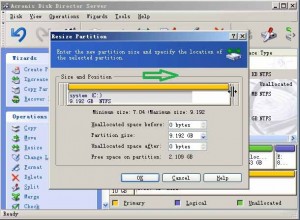 6. Remember to apply the operations.

The operations are the same with Acronis Disk Director

1. Launch Partition Wizard, right click the data partition that behind the system partition, and then choose Resize/Move. 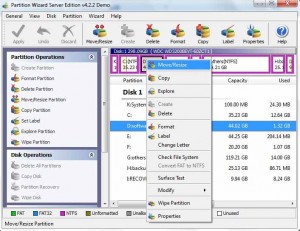 2. In the pop up window, drag the partition rightwards, after that, this partition will be shrinked. 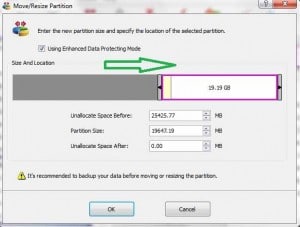 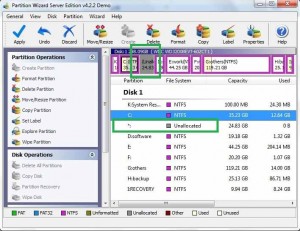 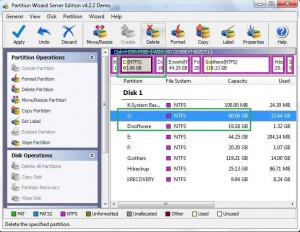 4. Remember to apply the operations.