Why we need Partition Software for Server 2003 Partition?

The server computers are more and more frequently used in companies because they are most important for the security and secrecy. While any workstation computer is capable of acting as a server, a server computer usually has special features intended to make it more suitable .

Windows Server 2003 is regarded as the most wildly-used server system in the world. These features can include a faster CPU, faster and more plentiful RAM, and larger hard drives. But, people usually are hardly to know which server utilities they should use, such as changing partition software for Windows Server 2003.

The software which is able to support Windows Server 2003 changing partition without system crash and data loss is required since the security, reliability and stability are the most important points for all the users who want to change Windows 2003 Server partition.

How to Change Windows Server 2003 Partition?

Most of the users are disturbed with Windows Server 2003 partition change, because it is too much difficult for the people who are not specialized in computer. Someone may say that there are many of partition software for Windows XP, Vista…then how about Windows Server 2003?

How to change Windows Server 2003 Partition?

Step 1, Launch Partition Magic Server, you'll see all disks and partitions that connected to your Server and free space, used space and other properties of each partition. 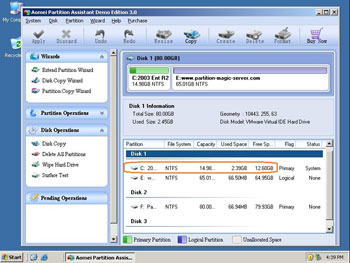 Right-click the data partition and select "Resize", in the pop-up window, drag the left border rightwards to shrink it. 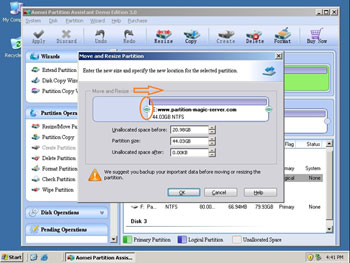 There will be some Unallocated space behind the system partition. 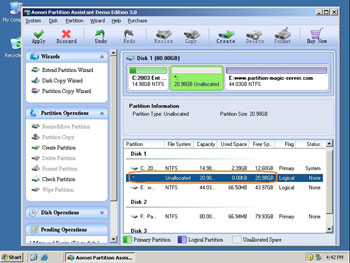 Step 2, Right-click the system partition and select "Resize", in the pop-up window, drag the right border rightwards to hold the Unallocated space. 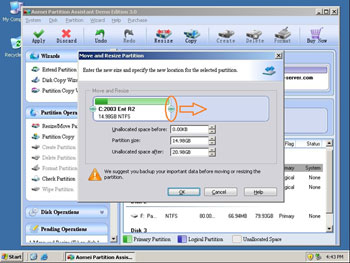 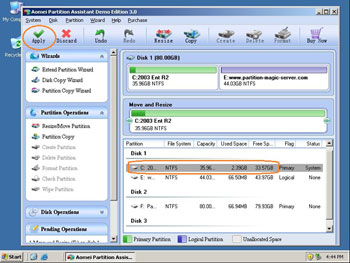 Now you have a "new" Server that can be used for a long time again.

For enterprise users, Unlimited Edition allows unlimited usage within your company to save time and money.