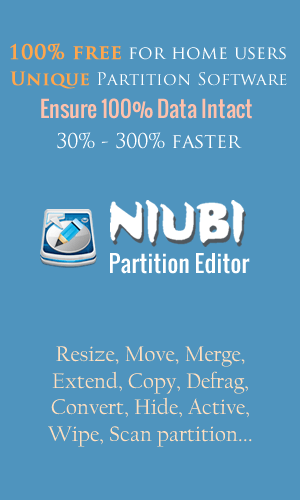 Some readers reflect that they don’t know the difference among hard drives, so this article introduces the hard drive interface, including IDE, SATA and SCSI.

What is IDE/ATA Hard Drive?

Integrated Device Electronics. It is the most widely-used hard drive interface on the market. The fancy name refers to how the IDE technology “integrates” the electronics controller into the drive itself. The IDE interface, which could only support drives up to 540 MB has been replaced by the superior EIDE (Enhanced-IDE) technology which supports over 50 GB and allows for over twice as fast data transfer rates. The other most common hard drive interface is SCSI, which is faster than EIDE, but usually costs more.

Although it really refers to a general technology, most people use the term to refer the ATA specification, which uses this technology.

AT Attachment. The specification, formulated in the 1980s by a consortium of hardware and software manufacturers, that defines the IDE drive interface. AT refers to the IBM PC/AT personal computer and its bus architecture. IDE drives are sometimes referred to as ATA drives or AT bus drives. The newer ATA-2 specification defines the EIDE interface, which improves upon the IDE standard. (See also IDE and EIDE.)

There are several versions of ATA, all developed by the Small Form Factor (SFF) Committee:

What is SATA Hard Drive?

Serial Advanced Technology Attachment, often abbreviated SATA or S-ATA, is a serial link – a single cable with a minimum of four wires creates a point-to-point connection between devices. As an evolution of the older Parallel ATA physical storage interface, SATA host-adapters and devices communicate via a high-speed serial cable.

According to Wikipedia, SATA computer bus, a storage-interface for connecting host bus adapters (most commonly integrated into laptop computers and desktop motherboards) to mass storage devices (such as hard disk drives and optical drives), offers several compelling advantages over the older parallel ATA/”EIDE” interface: reduced cable-bulk and cost (7 pins vs 40 pins), faster and more efficient data transfer, and the ability to remove or add devices while operating (hot swapping).

Transfer rates for Serial ATA begin at 150MBps. One of the main design advantages of Serial ATA is that the thinner serial cables facilitate more efficient airflow inside a form factor and also allow for smaller chassis designs. In contrast, IDE cables used in parallel ATA systems are bulkier than Serial ATA cables and can only extend to 40cm long, while Serial ATA cables can extend up to one meter.

An acronym for Small Computer System Interface. This interface was introduced as a method of connecting multiple peripherals to computers. Based on a parallel bus structure, with each device having a unique ID (or address), the SCSI bus will support up to seven devices plus the host adapter. Newer ‘wide’ interfaces, used almost exclusively for hard drives, can support up to 15 devices plus the host controller, and can transfer data at burst speeds of up to 320 MB/sec. Because of the multiple device support and extended cable length (up to 6 meters for SCSI-2), the higher transfer rate, and the ability to install multiple host adapters on the motherboard or in available connectors, the SCSI interface is used most often to connect external devices such as scanners, CD-ROMs, CD duplicators, and multi-drive storage enclosures, while at the same time connecting to SCSI devices internally, usually on the same adapter.

Although SCSI is an ANSI standard, there are many variations of it, so two SCSI interfaces may be incompatible. For example, SCSI supports several types of connectors.

The following varieties of SCSI are currently implemented: