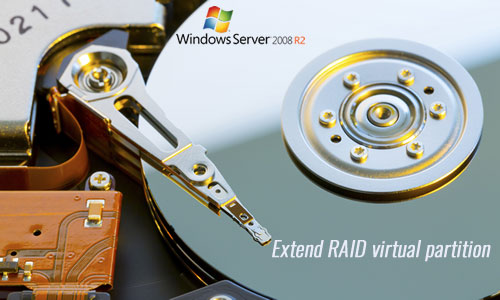 Because of many advantages of hardware RAID array, many servers are built with raid. For example, RAID 1 is used for Operating System and programs, so the server could keep online if one of the disk has hardware issue. RAID 5 is another common used type of array, it can be used for both OS and data or only data.

To Operation System and programs, there is no difference if you use physical hard disk or hardware RAID array. The performance, fault-tolerant and other benefits are realized by raid controller/card.

While extending raid virtual partition in Windows 2008 server, do not break array or do any operations to controller, no matter you use RAID 0, 1, 5, 10, etc. with any types or brands of raid controller.

The first thing you should do is backing up, because there is potential data loss risk with both Windows native and third party software. Secondly, check if there is free unused space in any partition on the same virtual disk, if yes, you can resize and extend raid partition in Windows Server 2008 easily.

Some people may create several raid arrays with several hard disks, while resizing raid partition, the volumes that you want to shrink and extend must be on the same virtual disk. The virtual disk means Disk 0, 1, 2, etc. that are shown by Windows Disk Management or NIUBI Partition Editor.

Windows Server 2008 has two native tools to help extend partition: diskpart command and Disk Management. However, they cannot extend a partition by shrinking any other one. The only way to extend partition is by deleting the right contiguous one, in additional, the partition that you want to extend must be formatted with NTFS. FAT32 and any other types of partitions are not supported.

Extend raid system partition C from D or other volume

In most of servers, the right contiguous partition D (or E) is used for programs or some Windows services, so you cannot delete it. In that case, both native tools are useless. You'd better run third party server partition software.

Among these software, NIUBI Partition Editor is much safer and faster because of its unique technologies:

Download NIUBI Partition Editor and you'll see the main window with disk partition structure and other information on the right, available operations to selected disk or partition are listed on the left or by right clicking. 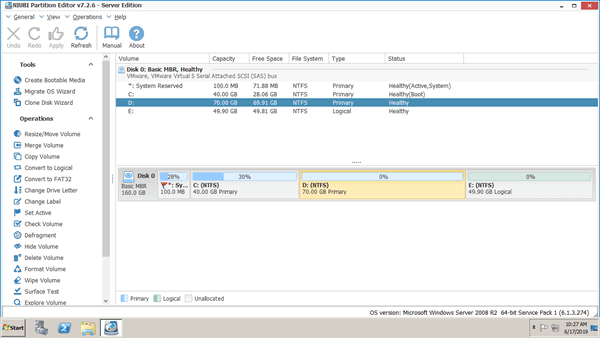 Step 1: Right click the right contiguous partition D: (in some server, it is E:) and select "Resize/Move Volume", drag left border towards right in the pop-up window. You may also enter an amount in the box behind "Unallocated space before".

Then drive D is shrunk and Unallocated space is made on its left. 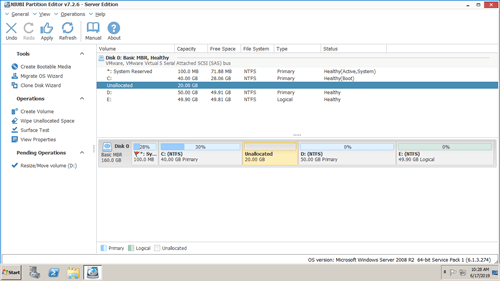 Then system partition C is extended from 40GB to 60GB. 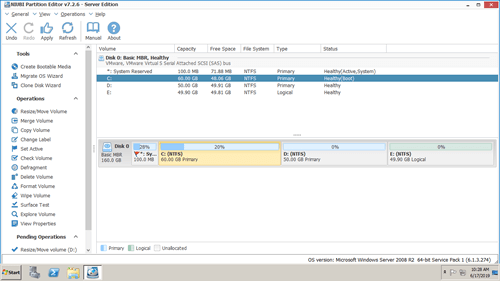 Watch the video how to extend physical and raid virtual partition in Windows Server 2008 R2:

How to extend system partition C: 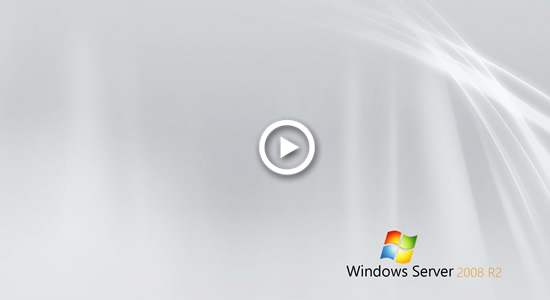 How to extend data partition (D):

How to increase raid virtual disk and partition

In some old server, the system disk is small and there may be not enough free unused space in entire raid virtual disk. In that case, check if your controller support RAID expansion. If yes, additional space will be shown as Unallocated on the end of original virtual disk after rebuilding raid array with larger disks. Then follow the steps above to combine the Unallocated space to the partitions that you want to extend.

If your raid controller has no such ability, the size of raid virtual disk will be the same with before even if you rebuild with larger disks. In that case, follow the steps below:

If you can build a new raid array and copy from original raid directly, that will be easier and faster. Remember to change BIOS and boot from the new device after copying.

In most of servers, there is available free unused space, so you just need to follow the steps in the video to resize and extend raid partition in Windows Server 2008 with NIUBI Partition Editor.